PRETORIA – United States political activist, and academic scholar Angela Davis is delivering the 17th annual Steve Biko Memorial Lecture at University of South Africa (Unisa) in Pretoria this evening.
The lecture is part of the 39th anniversary since Biko’s murder.
The hall venue at the Unisa Campus has been filled to capacity with the Biko family, former vice chancellor Barney Pityana, pupils from Pretoria High School for Girls and cabinet ministers in attendance. 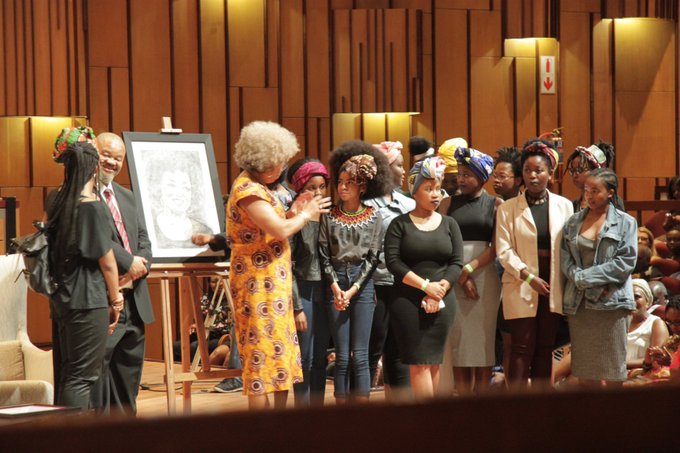 Davis who is well acclaimed for her social activism and her membership in the Communist Party in the US in the 1960’s was also an immovable force in the Black Panther movement.

She has been hailed by current Vice Chancellor Mandla Makhanya as the perfect keynote speaker for this occasion.
Makhanya has encouraged the public to use Biko’s ideas to challenge injustice and contribute to human rights.