From the Archives: Black Brazil

This article was first published in the New Internationalist issue 226 – 05 December 1991
Brazil has the largest black population outside Africa and prides itself on being a ‘racial democracy’. But as Lourdes Teodoro reports, 300 years of slavery has left a legacy of deep-seated racism.
Portuguese colonists brought the first African slaves to Brazil in 1549, a mere 50 years after Columbus launched the Spanish assault on Latin America. Yorubas, Adjas, Fons and other Africans from the ‘Gold Coast’ were brought to cut cane, pan for gold, build churches and construct roads. Before the trade in black flesh ended 350 years later nearly eight million slaves had been shipped to Brazil. Thanks to their labour the huge nation flourished and became a prosperous colony.
Slavery was finally abolished in 1888. And today racism is banned by the Constitution and punishable by imprisonment. However black people in Brazil are far from having their human rights respected: violent racist attacks are an everyday event. The majority of 595 ‘suspects’ shot dead by São Paulo police in 1990 – allegedly in self-defence – were black. So too were most of nearly 500 teenage ‘street children’ blown to pieces by ‘extermination gangs’ in the state of Rio in 1990. And many of the 1700 people killed because of land disputes since 1964 have been black, including peasant union leader Ribeiro de Souza.
Racism in Brazil is hard to prove because the myth of racial democracy is carefully cultivated – but take a look around. Only a handful of the 503 members of Congress are black; two out of 23 state governors are black; there are no black ambassadors. And the only Afro-Brazilians you see in Brasilia’s government buildings are serving coffee, mopping floors or chauffeuring around white Brazilian bureaucrats.

Black people are determined to challenge racism in Uruguay, as Amelia Villaverde discovers.
Black people in Uruguay are largely invisible. But Homer Rodriguez is about to change that. Rodriguez runs Mundo Afro, a small research and campaigning organization crammed into a ramshackle house in Barrio Sur, one of Montevideo’s oldest neighbourhoods.
‘Black people in Uruguay need to reclaim their history and discover their own identity,’ says Rodriguez. ‘The Spanish and the other European colonizers did not want us to know what our parents or grandparents thought.’
African slaves were brought to this small country between Brazil and Argentina mostly to work in the cities as servants and construction workers. Slavery is long gone but most Uruguayan blacks are locked into the same jobs as their ancestors; 80 per cent work in the service sector and three-quarters of all black women are employed as maids or cooks.
Mundo Afro member Beatriz Ramirez says white employers prefer to hire black women as maids. ‘It fits the stereotype and it doesn’t disturb the dominant white society,’ she says. This kind of discrimination is what Mundo Afro wants to change through its wide-ranging education work: the group does everything from training social workers to holding black community festivals.
According to Ramirez, 1992 will be a pivotal year for blacks all over Latin America. Mundo Afro hopes to bring together black people from 76 different organizations throughout the region in the ‘Pan-African Congress of the Three Americas’, to be held in Montevideo in October 1992.

Says Ramirez: ‘This will be a fantastic chance for black people to work together and to speak openly about the racism which still exists.’

Poor education leads to badly paid jobs. Almost half of Brazilian blacks take home less than the minimum wage of $80 a month; a larger proportion of black women take home less. Even when they do have the training and experience for better-paid work, the dice is loaded against black people.
Many advertisements demand a ‘good appearance’ – a not-so-subtle shorthand for ‘black women need not apply’. And certain jobs are no-go areas.
In Rio for example, there are said to be only five black waiters – white diners do not want to be served by black hands.
Black invisibility begins in school where virtually all books are written by white authors. The only mention that black children hear of their ancestors is as anonymous slaves freed by Princess Isabel in 1888. No wonder that the lure of wages and family poverty inclines many children to go out to work; only six per cent of black children make it to secondary school.
Most destructive of all to black self-esteem has been the ideology of branqueamento or ‘whitening’. This theory was dreamed up in the 1920s to stop Brazil becoming a predominantly black country. White immigration from Europe was encouraged to stem the black tide.
‘The black in Brazil will disappear within 70 years, said one congressman in 1923. Others like author Afranio Peixoto wrote: ‘In 200 years the black eclipse will have passed entirely’.
In 1945 the country’s immigration policy declared the need to ‘develop within the country’s ethnic composition the most convenient characteristics of its European descent’.
And a 1966 Foreign Ministry leaflet guaranteed that the Brazilian population was white, with a minute proportion of the population being of mixed blood.
As recently as 1988, an advisor to then São Paulo governor, Paulo Maluf, proposed a national birth control campaign aimed at blacks, mixed blood and Indians, to prevent them from becoming a majority.
Indeed, black activists say that mass sterilization campaigns run by private groups in Brazil target Afro-Brazilian women precisely for this reason. When South African black leader Nelson Mandela visited recently he was handed a document claiming that 20 million black Brazilian women have been sterilized.
This ‘whiter than white’ ideology is all pervasive. For example, the 1980 census required blacks to fit themselves into one of 136 colour categories – including ‘burnt white’, ‘toasted’ and ‘cinnamon’.
There has been some progress in the last decade. The 1991 census reduced the options to five – white, black, pardo (mixed race), Asiatic or Indian. Brazil’s black movement (which has been growing since the independence of African countries in the 1960s and 70s) played a vanguard role in suggesting that anyone with black genes should identify themselves as black. Mulato voce e’ negro – ‘if you are mulato, you are black’ was their slogan.
In the most recent census, one of the key black advocacy groups adopted a more ambiguous stance with posters showing three people of different shades of blackness under the slogan ‘Don’t let your colour go unregistered’. Although in Portuguese this is a clever pun, for some it was needlessly confusing, helping whites to maintain divisions among blacks.
Whites in power have tried every tactic they can think of to keep themselves in the majority. But blacks have the satisfaction of knowing they have achieved one victory at least: despite the difficulties of classification, the 1980 census showed that 45 per cent of the Brazilian population was black. Results of the most recent census will almost certainly show that blacks are now the majority.
Source: NewInt|| By Lourdes Teodoro 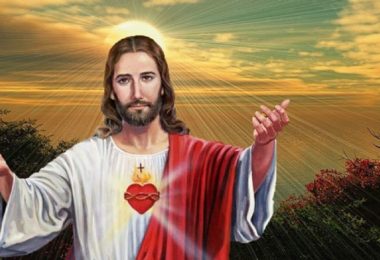 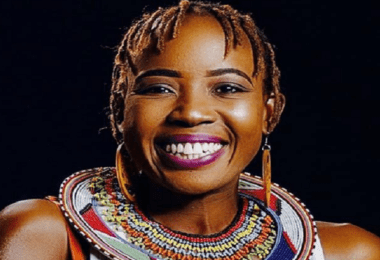