A Lost African Civilization, and a Sculpture That Tells Its Story

The Kongo civilization, which prospered for centuries along the Atlantic coast of central Africa, found itself besieged in the 19th century by increasingly hostile European powers. With their authority in question, and their culture under siege by the accelerating infernal machine of colonialism, Kongo chiefs commissioned a new kind of public work, known as a Mangaaka, to reassert their autonomy. 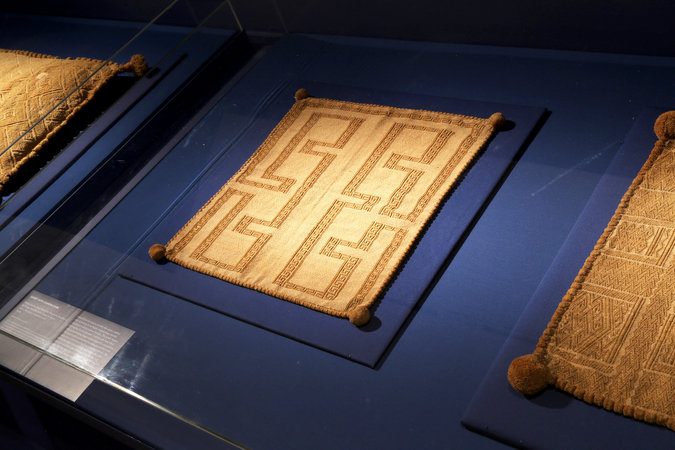 The figure seen here, from the collection of the Metropolitan Museum of Art, is part of a startling new exhibition there, “Kongo: Power and Majesty.” In interviews, experts at the Met explained its significance.

The Met’s Mangaaka figure, around four feet tall, was carved from a single piece of wood by an artist selected by a chief. The figure remained inert until it was activated by a priest, who would insert sacred materials into cavities carved within the body, behind the eyes and within the belly.

Once activated, the Mangaaka served a civic purpose as well as a spiritual one. The priest who consecrated a Mangaaka would use it to finalize treaties, record transactions or settle disputes. Each of these interventions would be recorded with the addition of a piece of metal to the figure.
Only 20 Mangaaka figures are known to survive in museum collections. The exhibition at the Met includes 15 of them, as well as a many other significant works from the Kongo culture.

The Kongo civilization — which included parts of what are now the nations of the Republic of Congo, Angola and the Democratic Republic of the Congo — did not survive long into the 20th century. 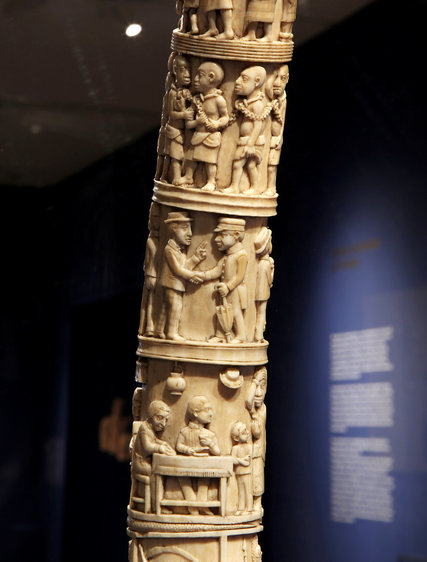 It’s tempting to view the diminished universe of these Mangaaka figures as a sign of a culture’s defeat. But Alisa LaGamma, the curator responsible for the Met’s exhibition, reads the creation of these works as an incredible act of defiance.
“I see the banding together of artists and priests to come to the rescue in a time of crisis as this heroic effort to really bring art and spirituality to the people in the time of greatest need,” she said.
“People whose heritage this is are happy to know of the resistance that happened,” she added. “It wasn’t that they just got hit by a tsunami and they just drowned.”

Inside the belly cavity of the Met’s figure, which is reinforced with iron and resin, you can see divided sections where the sacred materials were placed. Examining similar figures from the region, researchers have found snake jaws, insect cocoons and quartz crystals, among many other materials, hidden within. Their specific purpose is unclear.

One of the final additions to the Mangaaka’s form was an ample beard, which was built up from a resin mixture applied over a frame of iron pins. The Met’s figure retains only the iron supports. Guide lines drawn on the figure’s face with pigment prior to the beard’s application are also clearly visible, as are remnants of colorful decoration on the face itself.

After the hidden cavities were filled and the beard completed, the figures were dressed with a skirt (missing from the Met’s specimen) and painted with a black pigment. White and red pigments were used to provide accents.

There are 380 pieces of metal embedded in the surface of the Met’s Mangaaka figure; at least 45 have been lost over time. The items include nails, screws and fragments from rifle trigger mechanisms.

As European nations fought for access to natural resources, and divided large swathes of Central Africa into colonies, external pressure on local Kongo leaders intensified. Outsiders charged with subduing resistance frequently noted that seizing a power figure such as a Mangaaka was just as significant as a victory in battle. 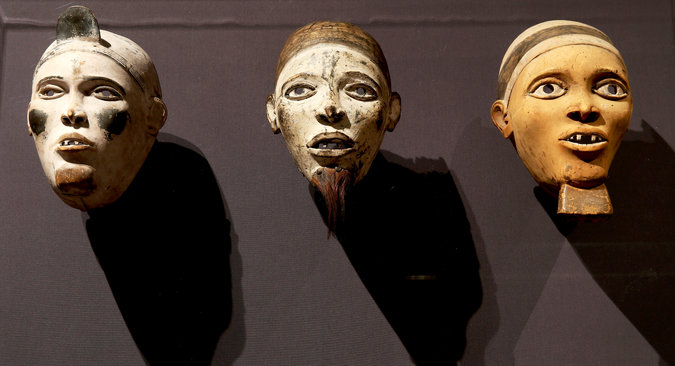 It was in this era, near the end of the 19th century, when most of the Mangaaka known to survive are believed to have been taken by Europeans. Some ended up in the collections of European rulers or museums; others were held privately.

Examination with scanners has demonstrated that most of the Mangaaka figures on display at the Met have been deconsecrated — the sacred objects within them have been removed. And evidence suggests that the removal took place before the figures were surrendered to outsiders, leading researchers to believe that Kongo priests were unwilling to surrender Mangaaka figures until they were deactivated.
“For the Kongo people who put this into the world, the sacra that is missing from our piece was really what made it a powerful catalyst,” Ms. LaGamma said.
She added, “It is one of the favorite works in the Metropolitan’s collection, but we need to also understand that it’s just an empty shell.”
Source: New York Times|| By DANIEL McDERMON
This article originally appeared in the New York Times. Read the original article here.