30 years since Cuito Cuanavale, the battle that redefined Southern Africa

Thirty years ago in southern Angola, four military forces were mobilising for the largest conventional battle in Africa since the Second World War.
It was a battle that would have huge consequences for Angola, Namibia and South Africa. Indeed it has been referred to as a turning point in southern African history.
On the one side was the Angolan army backed by Cuban forces and Soviet advisers. On the other was the South African-backed Angolan rebel movement fighting to overthrow the government.
The rebel Union for the Total Independence of Angola, better known by their Portuguese acronym Unita, had been one of the three liberation groups fighting Portuguese colonialism. But it is the pro-socialist Popular Movement for the Liberation of Angola (MPLA) which won power in 1975 and formed the government.
With western support and arms supplies from South Africa and the Reagan administration, Unita’s campaign to topple the government turned Angola into a Cold War battleground. The climax of this was the battle at Cuito Cuanavale in southern Angola that lasted from March 1987 until the end of June 1988. 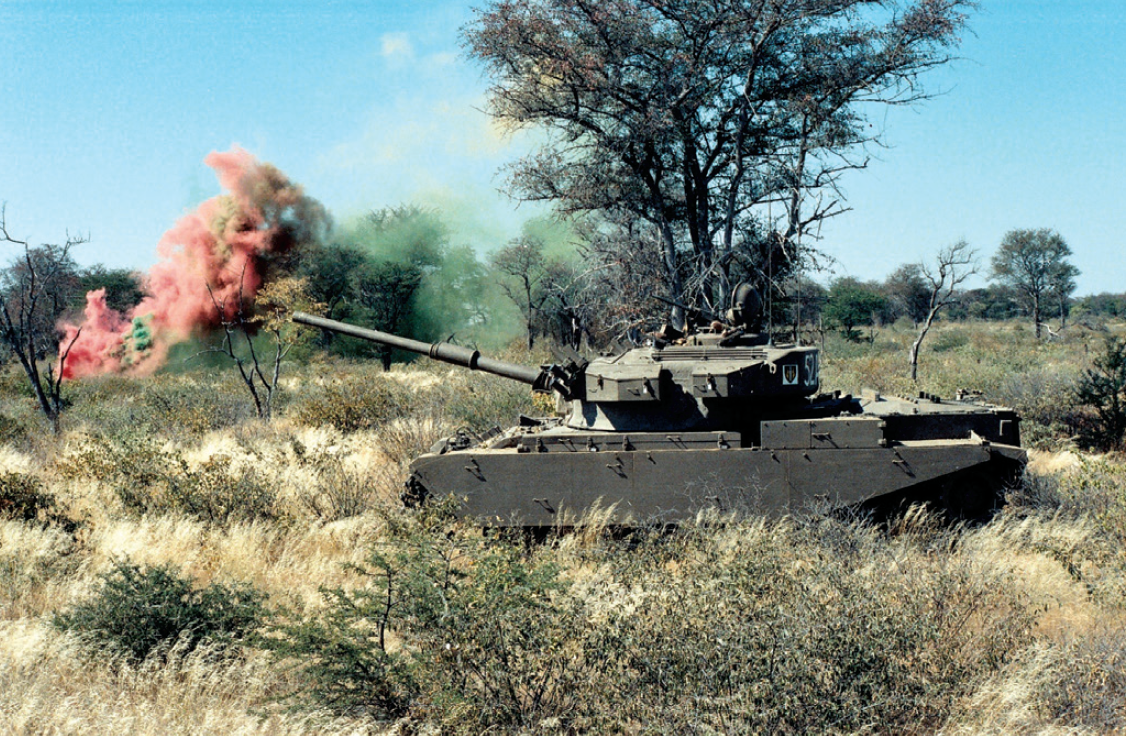 There are still fierce arguments about how important the battle was, who won and whether the South African army was really defeated.

That those who fought in the battle should have wildly different interpretations of its importance is not surprising. This is brought out strikingly in a new edition of Fred Bridgland’s book The War for Africa: Twelve Months that Transformed a Continent. Originally published in 1990, it’s an account, primarily from the South African side, of the military campaign that reached its climax at Cuito Cuanavale.

The ANC and it’s leader Nelson Mandela, the Cubans and the Angolan government claim the South African army was decisively defeated. The veteran ANC military intelligence chief Ronnie Kasrils, described it as

a historic turning point in the struggle for the total liberation of the region from racist rule and aggression.

But many South African who fought in Angola swears that they were never defeated, as the South African author and academic Leopold Scholtz noted in his book on the battle. A pair of Soviet officers poses in front of a captured South African “Elephant” MBT. The photo was taken sometime during 1988 near Cuito Cuanavale.

Objective observers declared the end to have been a tactical military stalemate between the allied forces on either side. But it was a stalemate that led to major strategic realignments with huge consequences for the whole region, leading to the independence of Namibia, the withdrawal of South African and Cuban forces from Angola and the eventual dismantling of apartheid.
Nelson Mandela lauded the result of the battle during a visit to Cuba in 1991 to thank Fidel Castro for supporting liberation struggles in southern Africa. The future president of South Africa said in his keynote speech:

At the time of the campaign and the key siege of Cuito Cuanavale, Bridgland was a journalist with unrivalled access to the rebels. Through the rebels, he also got access to South African Defence Force (SADF) in southern Angola. He says that the chief of the SADF, General Jannie Geldenhuys, gave him unfettered access to his officers and men on the frontline.
His account of the Cuito Cuanavale campaign is detailed and fascinating but clearly written from one side. It was impossible for him to report from the Angolan government and Cuban side. The South Africans had been in Angola almost continuously since their unsuccessful bid in 1975 to put UNITA in power.
Their present objective was to weaken the socialist-oriented Angolan government, stop it from supporting the ANC and the Namibian SWAPO movement. The aim was then to create a buffer to stop Swapo guerrillas entering South Africa-occupied Namibia.
The fighting lasted from initial skirmishes in March 1987, through the smashing of the Angolan army advance at the Lomba River in September-October 1987. Then followed the siege of Cuito Cuanavale by the South Africans and Unita from January to the end of March 1988. It ended with the Cuban bombing of the Calueque dam on 27 June 1988.
The battle for Cuito Cuanavale ended in stalemate with the SADF and Unita unable to overrun the Angolan positions and the Angolan-Cuban force unable to continue the offensive. The South Africans admitted to losing 79 dead, with two Mirage fighters and one Bosbok spotter plane shot down, plus three Olifant tanks and four Ratel armoured vehicles destroyed, as Bridgland describes in his very detailed book.

Politics by other means

The combination of being fought to a stalemate in the battle, and the heavy loss of life and material that couldn’t be replaced, was something South Africa couldn’t ignore. On top of that was the attack on the Calueque dam which demonstrated Angolan and Cuban air superiority.
Taken in the context of the domestic political violence, the growing economic crisis and international pressure, the results of the Cuito Cuanavale campaign were crucial in persuading the leaders of South Africa’s National Party to cut their losses. They did so following talks with the Soviet Union, Angola, Cuba, Britain and the United States.
This led directly to a ceasefire agreement on the total withdrawal of South African and Cuban forces from Angola. Also agreed was a timetable for UN-supervised elections in Namibia, leading to independence in March 1990. By this time, the ANC had been unbanned and Mandela released.
Cuito Cuanavale was not a military victory for any of the combatants. One must view it in the light of the maxim of the 19th-century military theorist, Carl von Clausewitz that war is the “continuation of politics by other means”.

There was never going to be a decisive military victory in southern Angola.

The battle of Cuito Cuanavale was a turning point, but one that needs to be taken in context.
Source: The Conversation|| By Keith Somerville
Find the original article here.