Malawian albinos are kidnapped and sacrificed for election charms

“I was alone, half-asleep, confused,” she said. “I grabbed my daughter and ran to hide in a graveyard hidden in the bush. I just prayed the others would be able to save my son. I was wrong.”

With the albino-hunting gang moving through her house, Misa Maulidi had seconds to decide which of her kids to save and which to give to the men who wanted to sacrifice both of them.

She had always feared that this would happen, especially with the upcoming general election in Malawi and politicians reportedly using albino body parts in the witchcraft rituals to help them win their seats. That’s why she and her extended family chose to live in a remote residence deep in central Malawi’s tobacco plantations, miles from Dedza, the nearest city. She hoped to be able to safely raise Goodson, her 14-year-old son, and his three-year-old sister Faith, both born with albinism, a genetic condition that bleaches the skin, hair and eye whites.

But then, on Feb. 12, just before midnight, five machete-wielding men smashed her hut’s door. Mrs Maulidi, who’s black, realized what they wanted immediately, but she knew she couldn’t save both of her kids. 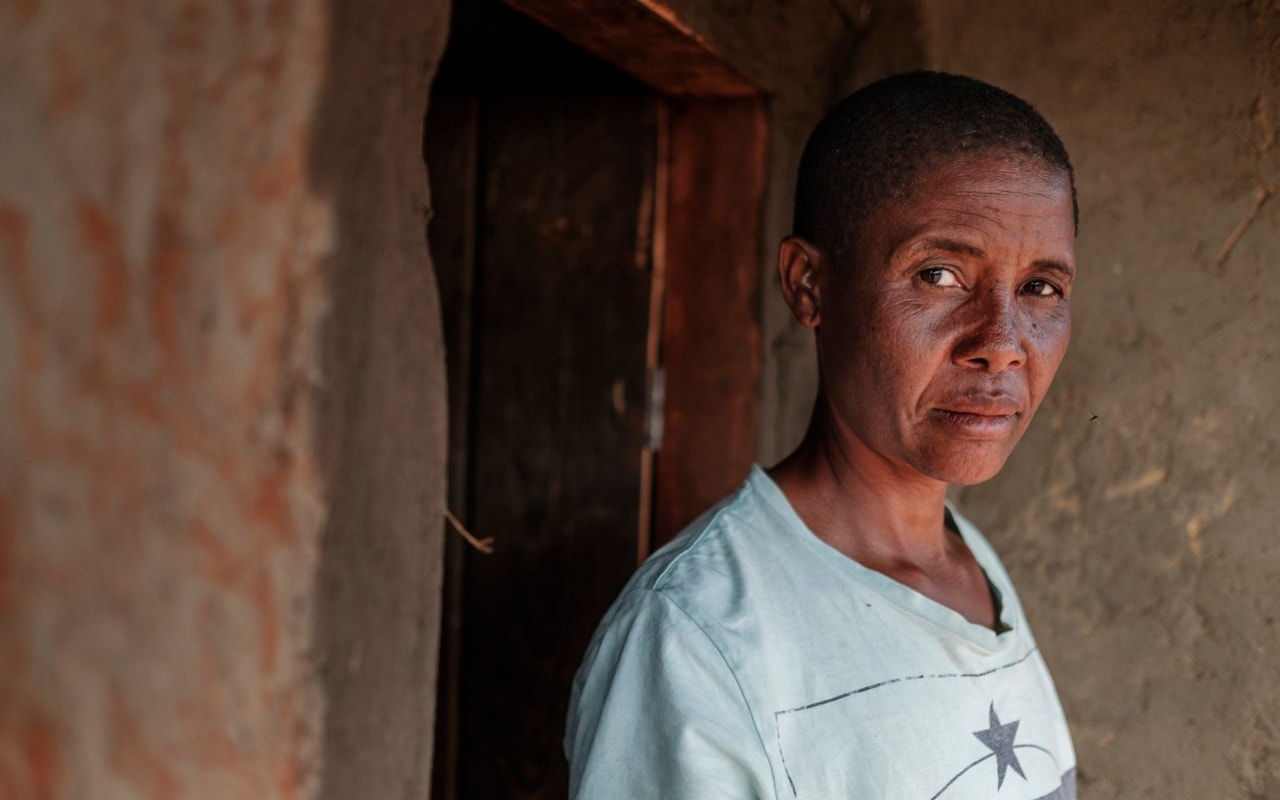 Misa Mawlidi saw her son Goodson kidnapped as she was forced to choose which of her children to save CREDIT: EDUARDO SOTERAS JALIL

She scooped up Faith, huddled into the bush past the men, and shouted frenzied to Goodson to run to the neighbouring hut where her father and brother were sleeping. His relatives did their best to praise the terrified boy from the grasp of his attackers. Four of Goodson’s relatives, including his two grandmothers, got deep machete cuts as they struggled to save him with their bare hands.

It didn’t do any good. Goodson Makanjira was dragged in a waiting car, fighting and whimpering. Since that time he has not been seen.

Like Sophie, the character in the novel by William Styron who had to choose one of her children to be gassed at Auschwitz, Mrs Maulidi — who sent her daughter to a safe house in the south — says she will be haunted by her decision forever.

“I was alone, half-asleep, confused,” she said. “I grabbed my daughter and ran to hide in a graveyard hidden in the bush. I just prayed the others would be able to save my son. I was wrong.” 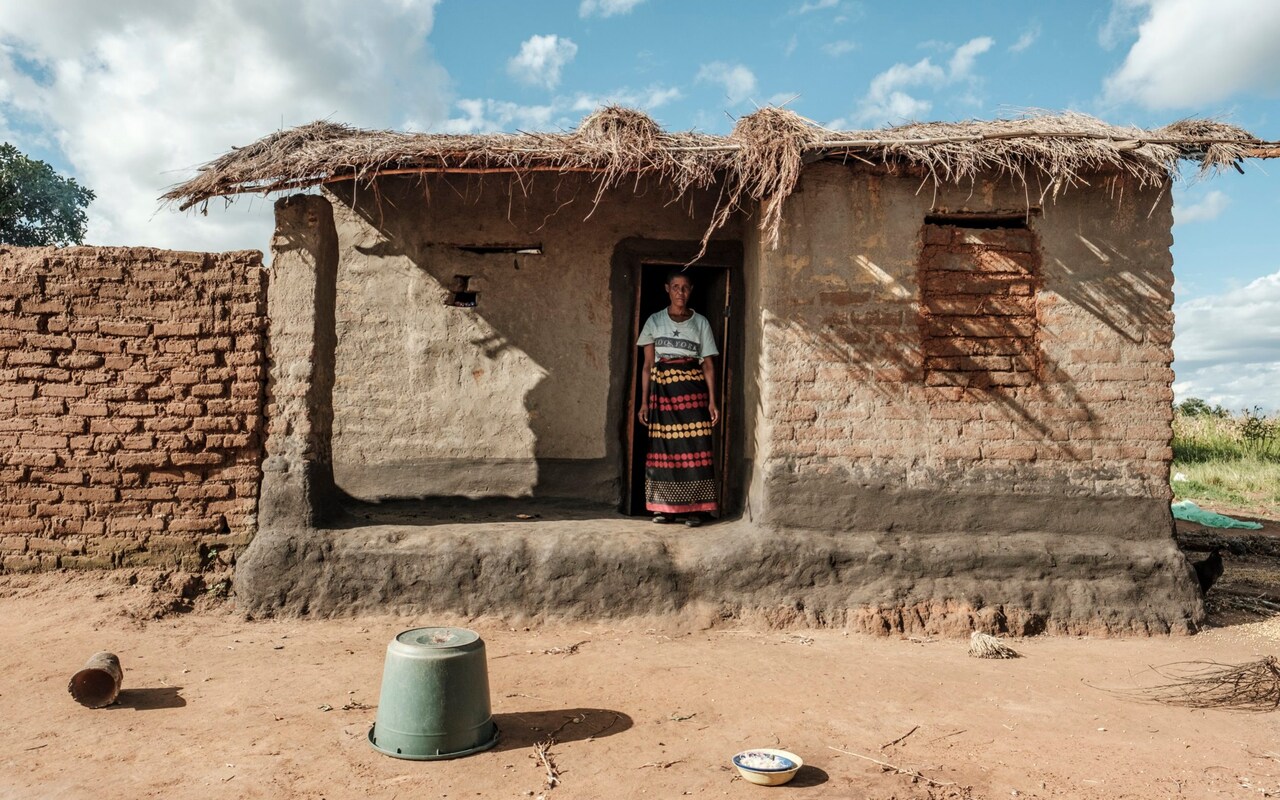 Mawlidi, 38, stands in the doorway of the home where the kidnapping took place CREDIT: EDUARDO SOTERAS JALIL

Goodson’s family cannot imagine what could have happened to him as he disappeared down that dusty road to distant Dedza. His likely fate is too horrifying to contemplate given what has happened to an increasing number of albinos in Malawi.

Being born with the condition is a curse for the 10,000-odd albinos of Malawi. At birth, their fathers often desert them, believing that their wives were unfaithful to a white man. Many suffer from the mercilessness of the African sun, which causes the young to look prematurely old, semi-blind and risk skin cancer.

But worse, they’re living in a society where too many value them dead only. Those captured by albino-hunting gangs are either immediately killed or taken by river to places of ritual sacrifice. According to activists and the testimony of some witchdoctors themselves, witchdoctors can wash away the blood there as they remove the innards and limbs of their victims.

It is widely believed that the killings are done by order through an organized criminal network acting on behalf of wealthy clients willing to pay thousands of pounds for albino body parts believed to bring wealth and political good fortune. No-one knows who these clients are because none of them has ever been brought to trial. But there are senior figures in government and the opposition, who say they were urged to go to witchdoctors when the political winds blow against them. A typical banner promoting a witch doctor on the route to Mulange CREDIT: EDUARDO SOTERAS JALIL

Attempts to document albino killings started only at the end of 2014 after activists noticed an increase in attacks in the build-up to the general election in Malawi earlier that year. Since then, 25 murders, 15 disappearances and 122 cases of attempted abductions and the exhumation of albino bodies from graves have been documented by the Association of Persons with Albinism in Malawi (APAM).

Activists say there has again been a surge in attacks over recent months with another election due to take place in May. As the scandal grew, even Malawi’s president Peter Mutharika was involved, while Lazarus Chakwera’s personal bodyguard, a leading opposition candidate contesting the presidency, was arrested.

According to APAM Secretary-General Ian Simbota, there have been at least 11 attacks since New Year’s Eve when a gang entered the Kwenda Phiri family home in Nkhata Bay on the shores of Lake Malawi. On January 31, sometime before midnight, as the festivities grew more lively outside, George Kwenda Phiri crept into the bedroom of his parents to find only four men standing over his groaning albino father, sleeping alone as his wife was away.

Wide-eyed in terror, one of the assailants’ hand clasped over his mouth, nine-year-old George watched his dying father dismembered and disembowelled.

Three weeks later, in the early hours of the morning, Loness Nkhonjera left her home in northern Malawi to use the loo. A few minutes later, when she went back inside, her 18-month-old albino daughter Eunice had disappeared. She is still missing today. 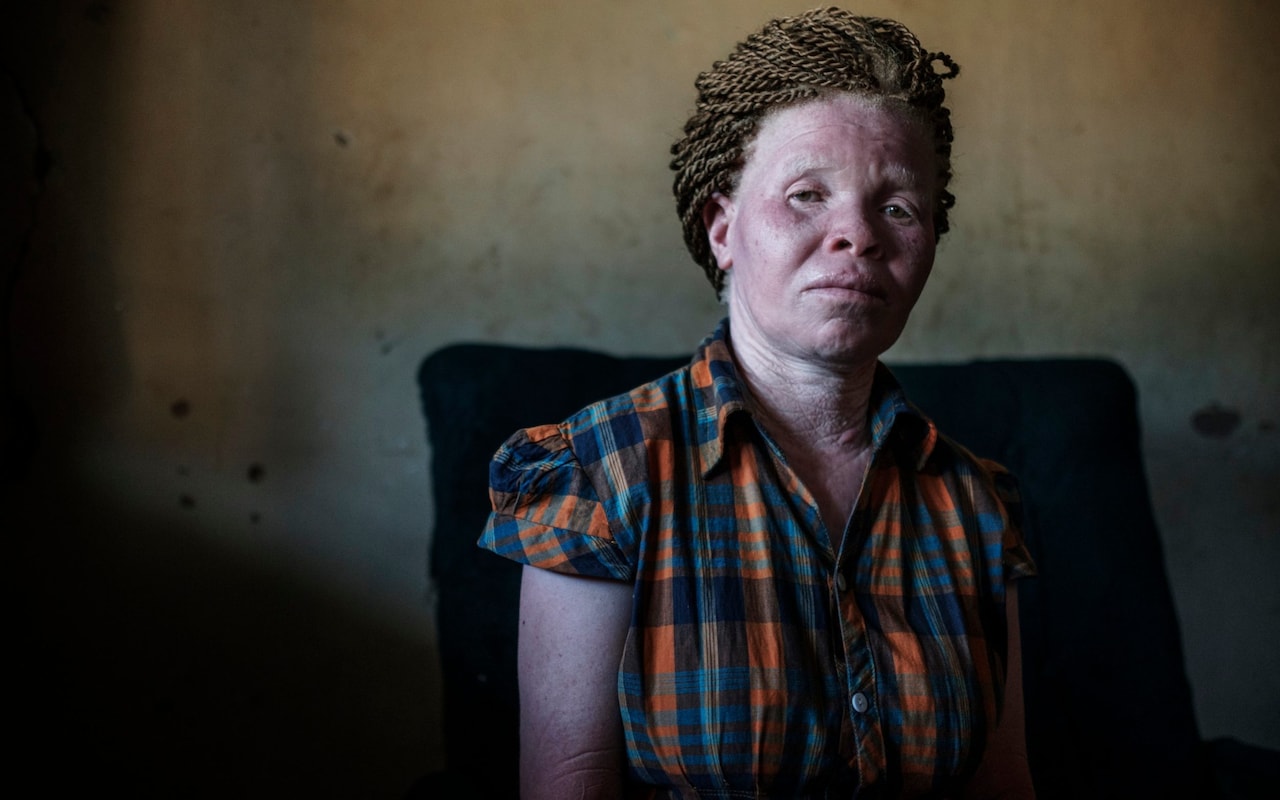 Elizabeth Petro, 30, says she faced threats and an attempt of kidnapping for being an albino CREDIT: EDUARDO SOTERAS JALIL

Crude superstitious beliefs are widespread in Africa, although only supported by a minority, with albino attacks reported across the continent in 28 countries. Some made progress in protecting their albino minorities; Tanzania, which banned witchdoctors, and Nigeria have both created island sanctuaries. Kenya has chosen an albino senator and is organizing contests for albino beauty. But it’s more dangerous to be an albino in Malawi than in any other African country, according to activists.

A first step in resolving the issue, they say, is holding those behind the killings accountable. Yet, if anything, solving albino crimes is becoming increasingly difficult in the face of high – level cover-up allegations. Since the start of the year, two key suspects who would have had vital clues about the attacks have died mysteriously after being taken into custody, including Buleya Lule, accused of being in the car carrying Goodson Makanjira. A post mortem found that while in detention he had been beaten and electrocuted.

His death doesn’t necessarily suggest a conspiracy, says Hetherwick Ntaba, the chief domestic policy adviser to the president and chairman of the government’s albinism task force.

“The other side of the coin in all this is that the police, desperately trying to extract information from suspects, may simply, in their frustration, have got carried away in their physical interrogations,” he said.

The response of the government did little to quell allegations of a political conspiracy involving even Dr Ntaba.

Bon Kalindo, a firebrand opposition MP, made the most damaging allegations. While in custody in January on charges of insulting the president in song, he says that in 2015 he interviewed suspects — including a Roman Catholic priest and a policeman — accused of killing a young Albino man. 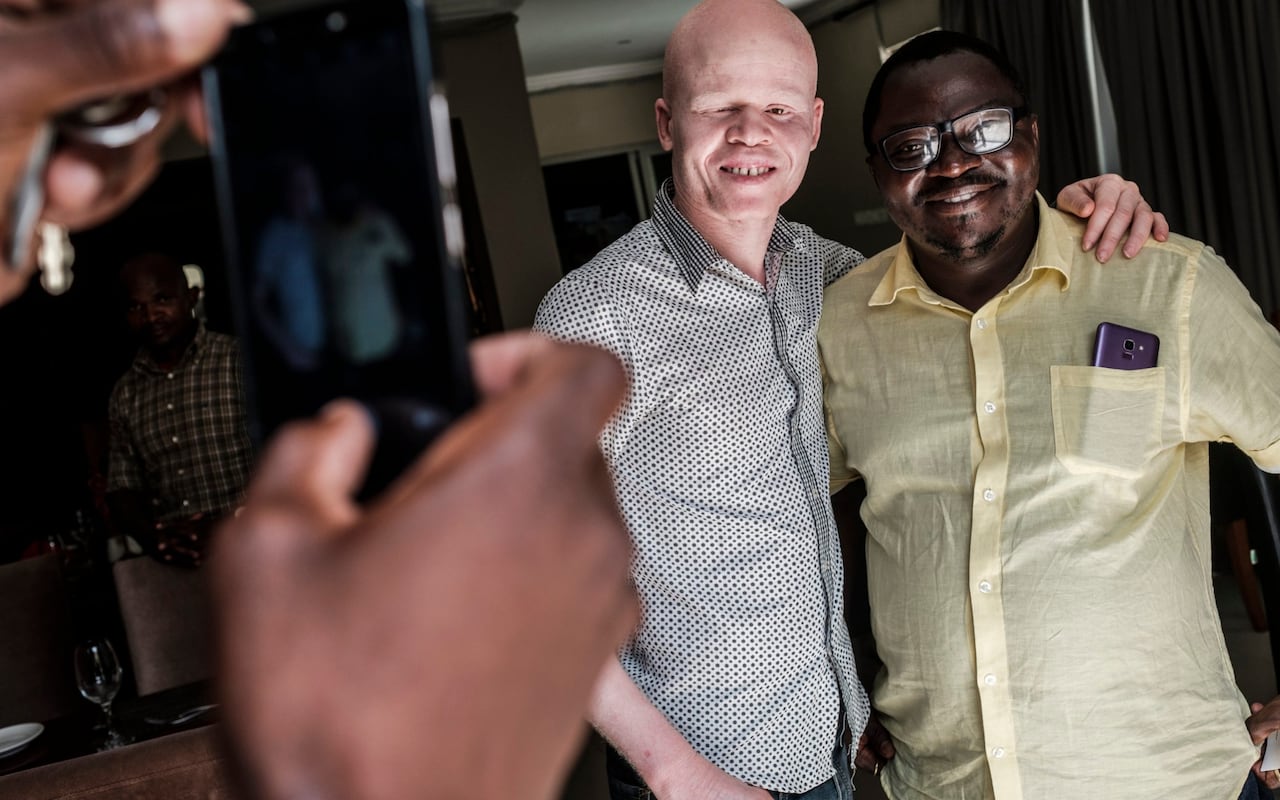 Bon Kalindo, an opposition MP claims that senior government officials may be involved in the ritual killing of Albinos CREDIT: EDUARDO SOTERAS JALIL

He claims they told him that among those involved in the trade in albino body parts were the president and Mr Ntaba. Leaked audio recordings were widely circulated in Malawi by the same suspects making similar claims.

President Mutharika’s government strongly denies the allegations, suggesting that his accusers may have been bribed by the opposition as part of a pre – election smear campaign in a chronically corrupt country whose people are the sixth poorest in the world.

“It is a total fabrication,” Dr Ntaba said. “They are using albinism issues as a campaign tool to tarnish the image of the president and the government.”

Successful prosecutions look farther away than ever amid the claims and denials. There is little evidence of a concerted campaign to persuade people that albino body parts don’t have magical powers in a country where most profess Christianity but many cling to traditional beliefs. 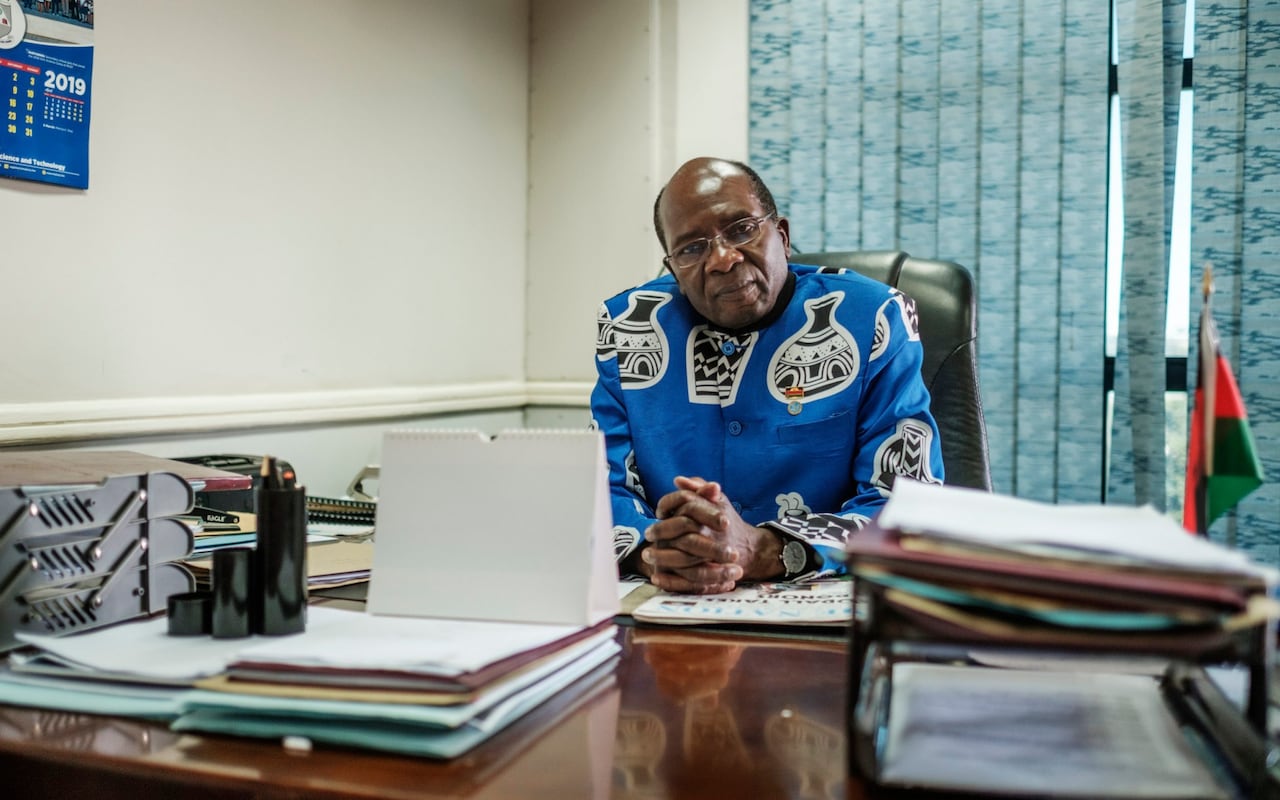 Even Mr Kalindo, who has been campaigning for three years for albino rights, claims that they are true. He maintains that if you place a bottle of coke over the bones of an albino, it will start to fizz and the top will pop off.

“Albino bones have magnetic qualities,” he says. “There is a fluid in them that allows you to make money in the millions. So politicians use them in machines that print money.”

While such claims are ignorantly accepted, it is little wonder that every day the albinos of Malawi are living in terror.

“I’ve stopped going out, I’ve stopped working,” says Femia Chulani, who narrowly escaped abduction in the southern city of Blantyre after gangsters masquerading as policemen tried to abduct her. “Every night is a night spent in fear.” 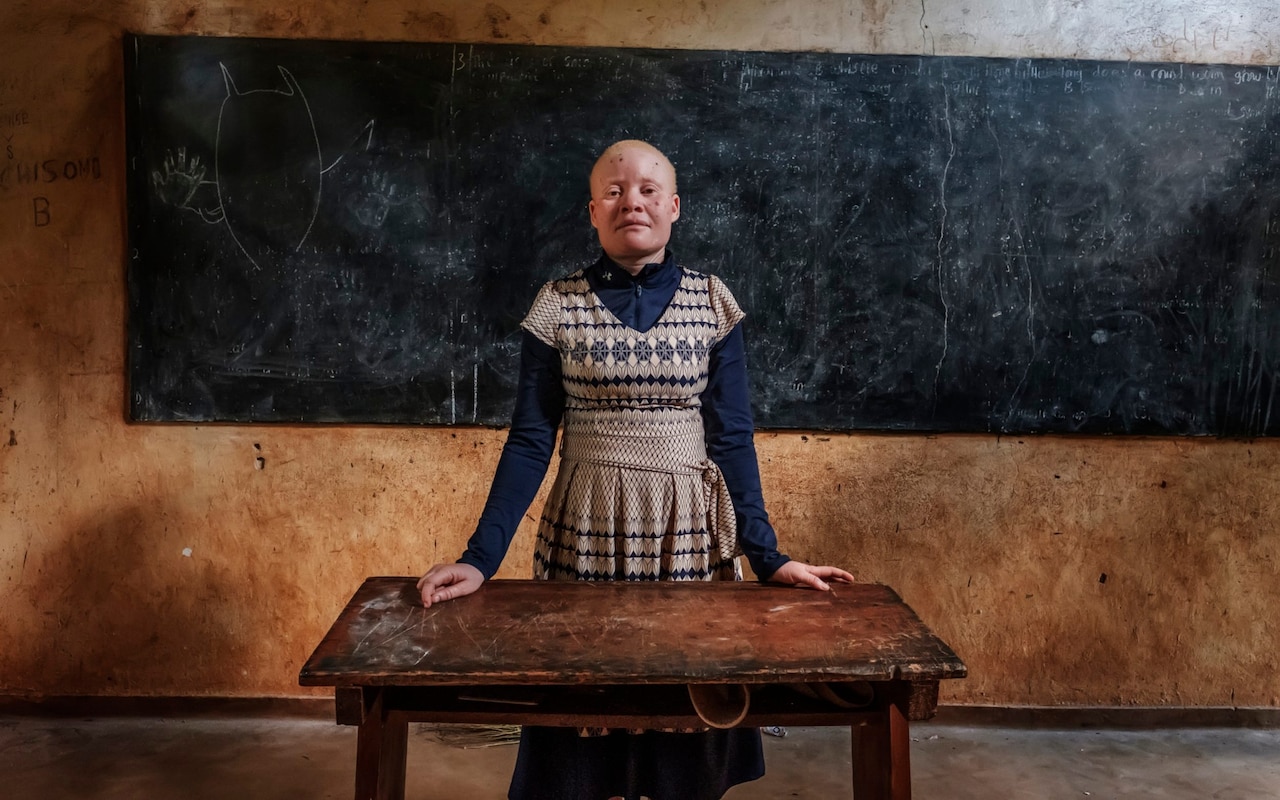 For Bertha Ngalande, an albino teacher in the southern city of Mulanje, who cowered with her family in her house as a gang of men shone torches in her house last month, that prospect seems as distant as ever. She doesn’t know why they eventually disappeared, but she lives in fear of them returning, a fear that has turned to suspicion outside her immediate family.